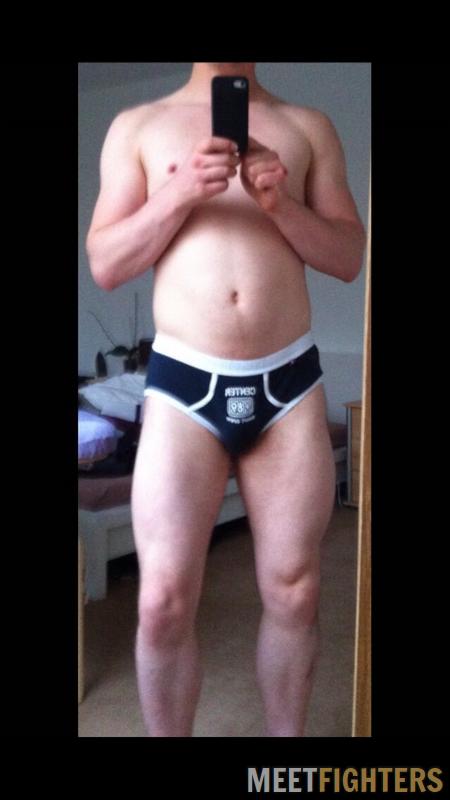 I am willing to travel 5 kilometers

I am vaccinated against COVID-19!

I haven’t been wrestling for a while, so not looking for anything too competitive right now.

Zibi is recommended by Wrestlerfun

Zibi is an amazing guy and an even more amazing wrestler, tower of strength and resistence, never gives up and he can keep going and going :) Highly recommended as a wrestling buddy and as a fun guy to hang around with. Hope to see him again!

Wrestlerfun is recommended by Zibi

I have met Marcingryf the other day.
Great guy to wrestle - strong, determined and doesn't give up easily.Highly recommended on and off the mat.
Can't wait for the next match up with him!

Zibi is recommended by Pinned Down

What a great guy, fir strong and lots of fun, he can squash me again any day.

Zibi is recommended by Perseus

Strong tenacious good looking wrestler who has powerful legs. He wasn't at his fittest when I met him but will give you a good contest. Off mats good company too.

Perseus is recommended by Zibi

Perseus = Iron Man
Great submission wrestler! Fantastic company on and off the mats! Should I add anything else? If you are looking for a tuff, strong opponent Pereus is the one!

Zibi is recommended by Superfly

A good grappler who is strong both in his arms and legs. Knows how to dominate and keeps the pressure on his opponent. Looks good in gear and good physique, plus has good humour as well. Well worth meeting him.

Zibi is recommended by ukwrestler

Very strong for his size and a very effective submission wrestler - will push you to your limits! We weren't able to wrestle for long, but it was an intense match. Nice guy off the mats too.

ukwrestler is recommended by Zibi

A strong guy who loves wrestling! Very friendly before and after the match but determined to win during the fight! Competitive, he rarely release his hold unless you say the magic word "submit".
I really liked the fight and I am sure that we ll have more matches in the future!

Zibi is recommended by Churd

Spent a lovely afternoon with Zibi. He’s a very charming and friendly person. Great company both on and off the mats. Highly recommended. I am looking forward to our next encounter.

Churd is recommended by Zibi

How much fun I had meeting with Churd recently. A good competitor -
thought I would have an easy time with him, but he has stamina and does not give up. Need a workout? He is your man!
Look forward to our next meet.

Zibi is recommended by ben

Zibi is a strong versatile wrestler with a very high pain threshold and a great personality. I enjoyed wrestling him greatly, despite the fact that he killed me on the mat. Next time things will be different...

ben is recommended by Zibi

I was amazed at Ben's determination and stamina.He have good moves and he never stops,if you look for a sweaty match.
He has great strong legs to use on you as well.Great attitude on and off the mats.
I am definitely looking forward to our second match.

Zibi is recommended by hugefan

Zibi does not want me to write a book, so in return for the beastly way he treated a poor old beginner I am going to fill his entire page. Revenge is sweet.

Met Zibi at Barnet (10/08/13) and in all honesty had a great time with him, he may not have been on the site for long but he has been wrestling a lot longer, very strong and fit and in comparison to me young so spent a great deal of time on the receiving end. He is more of a sub wrestler than into pro moves and left me feeling like a sack of potatoes, that had been mashed then pureed, if you get the picture. Just as well we had the benefit of meeting in a matroom as this was my first experience of actually being thrown to the floor, not once but repeatedly, it was quite exciting although a little nerve wracking for a stiff old fart like me. He had me in a lot of painful locks, head, arms, ankles, you name it, it got worked over but he always stopped when i had finished squealing oh f**k oh f**k ow in a very manly way. having been on the receiving end for 96.5% of the time it did give me exceptional pleasure to squeeze, i think possibly three taps out of him, so three to about 97, not bad really.

I know I am now becoming a recurring body profiler but give me a break, I have filled half a page about wrestling - very handsome, great hard body, strong arms, legs, young, fit - bastard. how is that? I wasn't entirely sure if Zibi would want to meet me again or if I had not been enough competition to keep him interested but as we parted he said he would and I saw a glint in his eye, yes I think he does want to do me over again and to be honest he is very welcome to. Very nice guy off the mats and total wild ball of energy on them but very respectful of limits and safe. Highly recommended if you like a bit of a thrill.. Have I filled his page yet. I do hope so - revenge!

hugefan is recommended by Zibi

Had an awesome time with Stephen, he is strong, skilled with plenty of stamina to take whatever you throw at him on the mats. Great coach if anybody want to learn some holds! Had a great time with him on and off the mats, looking forward to our rematch. I highly recommend him!

Zibi is recommended by jonuk

I met Zibi yesterday and what a pleasure our matchup was . Zibi is a strong, skilled and proficient wrestler with a wide range of moves in his repertoire . A charming and friendly guy too. I'm sure we will meet again . Highly recommended .

jonuk is recommended by Zibi

If anybody is looking for a good quality wrestling Jonuk is definitely a right person.Great skills, technics and amazing personality.Would definitely wrestle with him again if schedules allow.